Is The US Government Heading For Shutdown Over DACA?

The threat of the federal government shutdown will increase in case the Congress fails to pass a funding bill by January 19. The Democrats, on the other hand, are trying to secure key legislative priorities in the funding bill, one of them being DACA (Deferred Action for Childhood Arrivals). However, the bad news isn’t just a shutdown, but also what it brings to the U.S. economy as a whole.

Last year, the Attorney General Jeff Sessions officially announced, “I am here today to announce that the program known as DACA that was effectuated under the Obama administration is being rescinded.” DACA, the Obama-era program, has protected approximately 800,000 unauthorized young immigrants from deportation. The policy allowed them to live and work legally in the US since 2012. But, President Donald Trump’s decision to end the DACA program has shocked the entire nation.

Can the end of DACA program lead to a government shutdown?

Following the cancellation of the DACA program, Congress will have to come up with an alternative soon in favor of the young immigrants. If not, those falling under this program will become subject to deportation. In the meanwhile, there’s a rising tension between the Democrats and the Republicans over the spending bill. Although the Republicans have control of both the chambers, it will also need the Democratic votes to push the spending bill.

The Democratic Party has always been in support of the DACA immigrants, as reported by Time.com. Ever since Trump announced the “wind down” over the DACA program, the Democrats have been fighting to enforce a clean deal to support the immigrants. They have threatened, either pass DACA or face a Government shutdown.

Does that call out for a shutdown? The U.S. Senate Republican leader Mitch McConnell thinks otherwise. He feels it’s ridiculous to fight with the Democrats over DACA issue. Under all circumstances, the Republicans will still require a minimum of eight votes from the Democrats to pass the bill successfully.

According to a few polls conducted by some websites, it is clear that majority Americans are in favor of the Dreamers. However, only the upcoming faceoff between Trump and the Democrats will decide the fate of the DACA immigrants and a possible shut down. 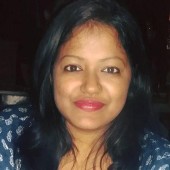 Nabanita is a skilled writer with an experience of seven years in the field of web writing and editing. She has previously worked as a marketing content executive and a team lead. She also loves writing for fashion, lifestyle, movies, and entertainment.Email Nabanita- nabanita@73buzz.com

Fire And Fury TV Series Release, Rumors: Everything We Know!