Local Indian manufactures have found a wayof improving their profits by selling their products directly to internationalimporters. This direct trade between the manufacturer and the buyer haseliminated the middlemen and subsequently their share of commissions. This hasresulted in offering the buyer a better price and also the manufacturer takinghome a bigger share of profits from the trade.

Traditionally, there was a massive gapbetween the manufacturer and the buyer in the trading process. The buyers hadno direct access to the product manufacturers. This massive gap was at timesfilled by middlemen and agents who bridged communication between the twoparties but took a heavy price for doing so.

This system gave tremendous powers to themiddlemen who at times ended up with dictating the final price of the products.This system generated bigger profits for such agents and middlemen. But on theother hand, the buyer and the manufacturer ended up as the losers in suchsystem. The buyer had to pay for the commissions for the middlemen while themanufacturer usually received little returns for their product.

Shriram Ganeriwal, a manufacturer oftraditional Jaipuri sarees is one of the beneficiaries of this direct selling.After selling his products through middlemen for decades, he recently made aswitch to direct selling and has seen increase in profits instantly. He says,“When I was asked about selling my products directly to buyers, I was a bitskeptical. But Exportsconnect, the platform through which I am now selling myproducts, gave me confidence to carry on with the deal and I ended up with moreprofits. After this first sale, I focused on direct selling as it offers moreprofit margin and today with the help of Exportconnect we are running ourfamily business and are doing well.”

The success story of Ganeriwal reflects thepotential local manufactures have in selling their products directly to buyers.It also reinforces the importance of having dedicated platforms such as Exportsconnectwhich helps such manufacturers to connect with the buyers. 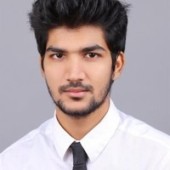 Melania Trump To Skip Davos, Not To Accompany Donald Trump

Is The US Government Heading For Shutdown Over DACA?