DJI Mavic 2 Enterprise Will Be Equipped With A Thermal Camera?

The China-based drone maker DJI is expected to come out with a thermal camera at some point. Many speculations pointed out that this feature will be for the recently launched DJI Mavic 2 Enterprise. The company expanded its lineup with the drone that is made specifically for the private sector.

According to DroneDJ, DJI Enterprise just tweeted an announcement that indicates an introduction of something new this coming December 17 at 9 a.m. EST. The tweet comes with an image that shows a hot cup of coffee, taken with a thermal or infrared camera. A mysterious message says “It’s going to be (a fire symbol).”

To those who are not aware, the DJI Mavic 2 Enterprise was launched during DJI Airworks 2018. It comes with a floodlight, loudspeaker, and night-time strobe light. All of these come bundled in the box with a spare battery, a remote controller, and a protection kit with flight tools. This drone is more or less a Mavic 2 Zoom tweaked for commercial use. So, a thermal camera is the obvious missing accessory for this drone. If the company will push through its tweet, the event for this new feature is scheduled for upcoming Monday.

Today, a Twitter account known as @OsitalV posted a tweet with an image taken from a thermal camera. It seems to show the new DJI Osmo Pocket. This compact 3-axis stabilized handheld camera is considered one of the coolest gadgets of this year. This is because this device combines mobility and stability. It comes with a 1/2.3 sensor and can shoot 12-megapixel still photos and 4K stable videos up to 60 frames per second.

Even if there is no confirmation yet from the company, there is a chance that the new thermal camera could be developed in partnership with FLIR Systems. This company has been known for producing thermal imaging cameras.

What do you think about the latest news of DJI Mavic 2 Enterprise? Let us know by writing in the comment section below. 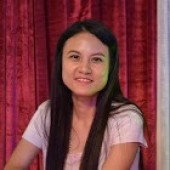 Daphne is a freelance journalist, writer, and copy editor with more than 4 years of experience. She also teaches English as a Second Language for students in various age ranges globally.Email Daphne- daphne@73buzz.com

Top Torrent Sites That Are Still Working in 2018

AirPods 2 Will Be Made Available This March 29, Apple Rumors Say