iPhone In The Fridge: A Bizarre Way To Do Jailbreaks

The last thing you want to do is to put your iPhone in the fridge. However, there is a specific set of people out there who are doing it for a purpose: jailbreaking. This is especially perfect for those who cannot afford to do traditional jailbreaking processes that are notoriously unreliable.

iPhone in the fridge to jailbreak

Reports say that putting your iPhone in the fridge helps facilitate the jailbreak. Instead of only manipulating the software and operating system of the smartphone, this method relies on the physical structure and state to do the jailbreak. Apparently, this process is going to work for almost all iOS devices.

Putting an iPhone in the refrigerator is an easier and less expensive approach that aids jailbreaking apps. The usual approach to jailbreaking usually involves just having to unlock the operating system of these devices. There are apps that can be used to do this. But even then, jailbreaking apps are still known for being unreliable at times.

iPhone jailbreaking apps are also known to be quite expensive. For example, to use the Electra app to unlock different iOS versions, you need access to a developer account. The method is also said to be difficult for first-time users, which affects its reputation and user-friendliness. Putting the iPhone in the freezer will make jailbreaking with these apps less complicated.

Other reasons for putting iPhone in the fridge

This is not the first time people thought of putting their iPhones in the freezer. Doing is said to help with those who are having Wi-Fi connectivity issues and crashing apps, according to Biology of Technology. You just have to put the iPhone inside a ziplock, place it in the freezer and leave it there while turned off for 30 minutes.

Did you already know that putting an iPhone in the fridge is a potential jailbreaking strategy? Will you be trying it anytime soon with your own iPhone? Let us know in the comments. 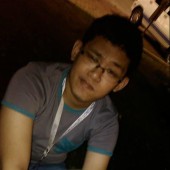 Yves Matthew Amodia is passionate about technology and how it affects society. He likes watching TV series and movies during his spare time.Email Yves: yves@73buzz.com

Everything We Can Expect From The Upcoming OnePlus TV