A web-based document from Apple which was titled “About the security content of iOS 11.3” gives some information about security issues and vulnerabilities of the iOS 11.2.6. One of the bugs that were listed has a reference CVE-2018-4143. This has been credited to an individual named “derrek” The said bug is a kernel-level and it could possibly be utilized for an iOS 11.2.6 jailbreak.

Apart from that, there are no available details if an iOS 11.2.6 jailbreak tool is already in the works. But then, Derrek who has a username of @derrekr6 on Twitter has promised that he’ll give more details about the vulnerability after the 90-day non-discussion period. It is worth mentioning that Apple makes sure that anybody who provided them with bugs will be rewarded but they can’t speak out about the problem until 90 days until the bug is patched. Let’s wait until Derrek could state details about the said vulnerability.

In the seperate news, if you own an eligible handset for iOS 11.3, then you’ll experience the following modifications:

Upon upgrading in iOS 11.3, the users can deactivate throttling so that the older iPhones will no longer slow down. Aside from that, the RAM management also appears to have improved in iOS 11.3.

According to the initial testing made by BGR, the results reveal that the Cupertino-based tech company has made some enhancements to RAM management. Aside from that, there were a lot of iPhone users reported the same.

ARKit is still reasonably innovative and buzzy. Nonetheless, nobody thought about the well-designed enhancements that Apple introduced in the iOS 11.3. These are the significant notes from the iOS 11.3 changelog:

Although this may not appear like a huge big deal at first look, but then, it is:

Username and Passwords Autofill in Applications

This enhancement will surely be a huge deal that iOS device users are going to love. In former versions of iOS 11, Safari would store usernames and passwords to autofill them on sites wherein the users have to log in. As of now, this functionality is finally accessible in applications. Here’s a note from the iOS 11.3 changelog:

Elimination of the Auto-Correct Capitalization bug

Last but definitely not the least among the enhancements is the elimination of the auto-correct capitalization bug. This will surely be appreciated by a lot of iOS device owners most particularly those who are tired of auto-correction. This bug might have been present in the iOS since the very beginning. Here’s what the iOS 11.3 changelog says:

These are the modifications delivered by the iOS 11.3. On the other hand, the jailbreak community hopes that an iOS 11.2.6 will be released. Stay tuned for future updates regarding the much-anticipated toolkit. 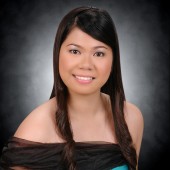 Red Dead Redemption 2: Shocking Details For PS4 and Xbox One Users Revealed Ahead Of Its Release